KILLED: Shaheena Shaheen, who was hosting show on PTV Bolan, succumbed to bullet wounds in a hospital in Turbat, Balochistan, on 5 September 2020. Unconfirmed report said she was also editor od magazine Dazgohar. Police registered a case and found empty shells and blood sample from her home where she was believed fired at. Her husband Nawabzada Mehrab Khan Gichki is prime suspect while motive behind the woman journalist is still unclear. The accused is still at large.

On 26 September 2020, Abid Hussain, a local journalist working for local daily Juram-o-Saza in Malakwal town in Mandi Bahuddin district of Punjab province, was shot dead moments after he was returning home from police station where he was summoned for investigation into a complaint lodged against him, his family and police said. “As he was returning home after recording statement four unidentified motorcyclists opened fire on him and he died on the spot,” according to First Information Report (FIR). “Keep filing reports against us,” one of the attackers shouted at the journalist while firing shots at him, the FIR quoted his brother as describing the attack scene as eyewitness.” “We will not let you live anymore,” the attacker went on to say. The brother said his family had no feud nor did Abid speak of any threats he received. He suspected police might have hands in glove with the attackers. 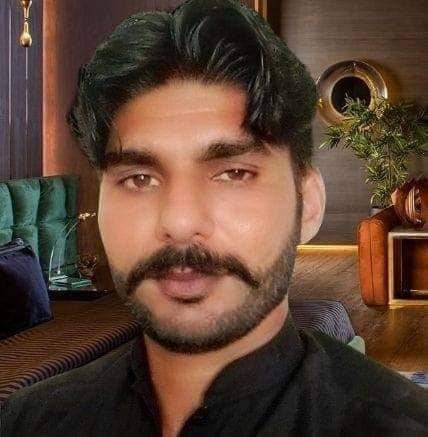 ATTACKED: Kohinoor TV crewmembers – reporter Farhan Ali and cameraman Francis William – were covering anti-encroachment operation in Rawal Town Chak Shehzad, Islamabad, on 22 September 2020 when angry mob attacked the team, including media personnel. The mob snatched camera and beat them up, the crewmembers said. “We escaped the scene to save lives,” they said, adding that Rescue Police arrived to help get the camera back from the mob who, however, did not return camera battery and memory card.

DETAINED: Islamabad Police prevented 24 News channel’s reporter Ihtesham Kiyani from covering court appearance of opposition leader Maryam Nawaz in Islamabad on 23 September 2020 arresting him briefly. The journalist was on his way to Islamabad High Court (IHC) for professional duty when he was stopped by security personnel and shifted to Ramna Police Station. IHC Chief Justice Athar Minallah took note of the journalist’s arrest ordering authorities to free him. “They harassed me during the brief detention and falsely accused me of possessing weapon,” he spoke after the release.

On 7 September 2020, PRO to Federal Aviation Minister Ghulam Sarwar warned journalists of risk if they protested delay in minister’s arrival for press briefing. ARY News channel’s cameraman Fayyaz Ahmad led the protest over the delay in minister’s arrival. The PRO threatened the cameraman to “fix you” using abusive language. National Press Club took cognizance of the incident lodging protest with the minister.

ASSAULTED: Muazzim Bhutto, working for Times News channel and Daily Panhangi newspaper in Madeji, Sindh, was attacked on 4 September 2020. Police arrested the accused who was believed “drunk” and further investigation would take place once medical report was submitted. The accused was believed unhappy with the journalist for not publishing his news.

The issue of assault on tribal journalist Tanveerullah Burki was settled through a tribal jirga which Pakistan Tehreek-e-Insaf leader Dilawar Khan Mehsud managed in Tank district of Khyber Pakhtunkhwa province. The police arrested 23 September 2020 the accused, former Taliban commander Kaleemullah Mehsud, after the assault happened on 20 September 2020. The jirga took place on 23 September when the police arrested the accused who was freed on bail the same day by a court. Under the jirga terms for settling the issue, the accused apologized for his conduct besides to pay the journalist Rs.100,000 and two sheep.

VERBAL THREAT: Dawn newspaper photographer Chaudhry Muhammad Ishaq complained receiving “threatening calls” from “unknow number” after he shared Ahmed Noorani news on his Facebook page. Ishaq, who is also chairman of Islamabad-Rawalpindi All Pakistan Newspaper Employees Confederation, said the caller told him they would “fix” him for sharing such news using “harsh” and “abusive” language during the phone calls.

LEGAL CASES: Karachi police booked Express Tribune News Editor Bilal Farooqi under Pakistan Penal Code and infamous Prevention of Electronic Crimes Act (PECA) law for his posts about army and sectarianism on 11 September 2020. A private complainant registered the case against the journalist who told police he “saw posts against Pakistan Army” and “hateful sectarian content.” He was picked up from his residence but Police later freed him on personal bond. Police investigator told a court that charges under Pakistan Penal Code were dropped against the journalist while charges under PECA law remained.

Sukkur Police booked journalist Ghulam Muhammad Lakho, who is brother of journalist Ajeeb Lakho facing over a dozen cases after investigative report against a senior police official. The First Information Report was lodged on 21 August 2020 but reported to Freedom Network on 13 September 2020. Different charges were framed against the journalist, who was already in prison because of an earlier case against him. How come that an accused who is in prison could be charged with committing violations.

Rawalpindi-based journalist Asad Ali Toor, who works for Samaa News channel, was also booked on 12 September under PECA law for his opinion he was expressing on social media platforms. He is accused of “spreading negative propaganda” and “using derogatory language” against the government and state institutions. The journalist denies the charges. On 16 September 2020, he got interim bail from the Lahore High Court’s Rawalpindi bench.

Seven print and as many electronic media journalists faced murder and attempt to murder and other cases while one was freelance journalist.

In five cases, state actors were suspected while in five other cases the threat actors were “others” and in one case security guard of opposition leader was suspected.